The country’s culture seems to “celebrate” the idea of workaholic, presenteeism, the pretend, etc. We hear stories about people staying up late at the office, “leaving his skin” by his company, remaining as “heroes” for some people...

The people must know, workaholism is absurd and unproductive. Everything is against:

This picture resume good enough what we should do to avoid workaholism: 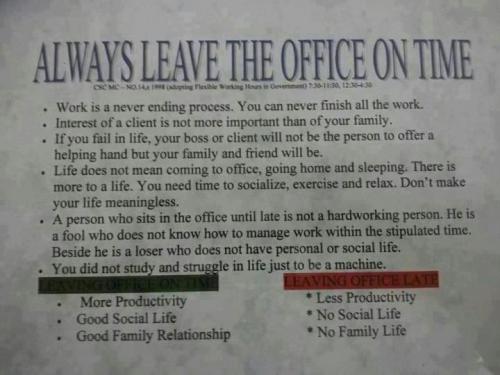 Do you feel identified with something written in the article? Don’t you think that is enough of this culture of presenteeism? If you know someone like that, let him know... he isn’t helping to anyone, not to himself, or to the people around him.